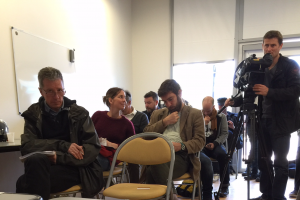 Later on, Ahmad Ayad Thamir, one of our participants, published an article on the project in Finland’s Swedish Language ÅBO UNERRÄTTELSER

Next dissemination activities will take place during the CRAOL Feile (28th May 016) and the last project meeting,in Tubingen (3-4 June 2016).